Home » INCLUSÃO SOCIAL » You are reading »

Day of Children in School 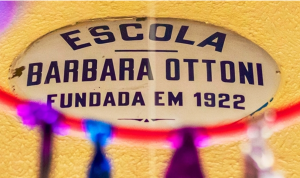 There my mother was a librarian. She did puppets plays, dramatizations and encouraged children to tell their own stories. Children without arms, children who lived in shelters, children of all colors and classes. Children. A wonderful school from which I have the best memories. It was there that I first saw a little girl with Down syndrome. First and last, for many years.

Then I went to a private school where everyone was just like me. I had a single black friend – one of my best friends to date. Many years later my daughter was born with Down syndrome and I was scared. I didn’t expect, I didn’t know, I didn’t understand.

I was only able to understand my reaction when FIPE survey came out, in 2009, about prejudice in the school environment. It indicated that 98.9% wanted distance from people with intellectual disabilities (at the time it the term was mentally disabled). When I read this, I started to cry and understood the extent of my prejudice – not only mine, but everyone’s around me. I wrote that text – Prejudiced, me? I ended the article with the following sentence: “Inclusion is no longer just a right. It is not just a matter of common sense. It is our only way out. ”

The last school census registered about 90% of students with disabilities included in regular schools. Last week it was decided that “students who do not benefit from inclusive regular schools” would return to the segregation, Who would these students be? Who has the power to define the criteria? With what ruler will this be measured? Any reductionism is a violation of the Constitution, the Convention on the Rights of Persons with Disabilities, the Brazilian Inclusion Law and human rights.

At the time when I still didn’t understand that, I thought so too. I thought it was natural to start inclusion with the “cute” ones to open the doors for “those who drool”. This attitude of mine was ableist. Ableism is how prejudice against people with disabilities is now called. Just as we have learned that racism and sexism are structural, because we grew up inside them and we learned to normalize them, so is ableism.

And just as we should not even consider revoking the abolition of slavery, we cannot allow children with disabilities to return back behind the walls of special institutions. Decree 10.502 needs to be repealed.

Children with disability’s place is at school!

Patricia Almeida – Journalist, Master in Disability Studies, co-founder of the Down Movement and Member of the Board of Down Syndrome International.