Disability in media initiative launched at the UN Social Forum 2016 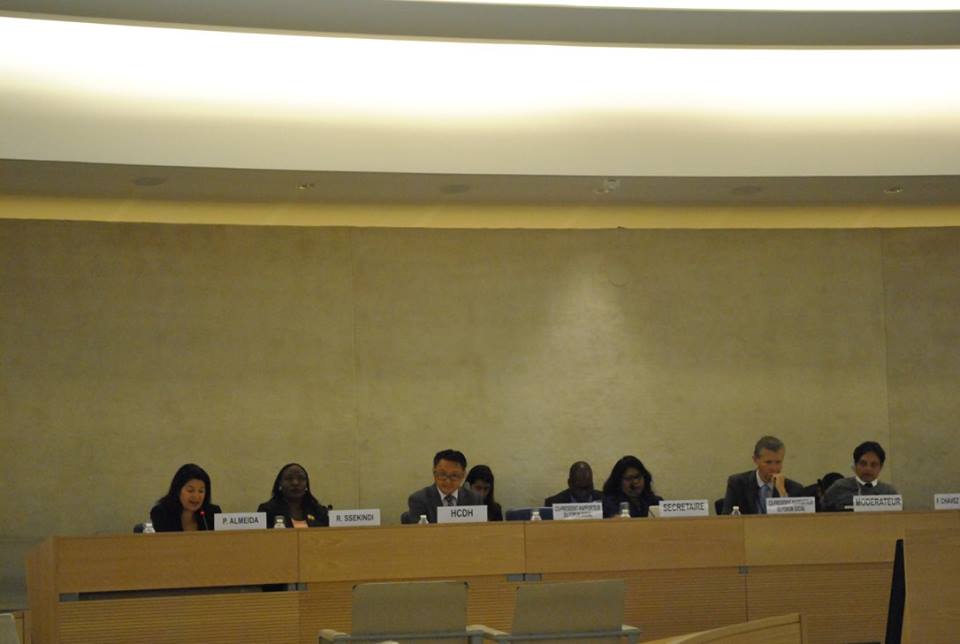 Patricia Almeida, a founder of GADIM (Global Alliance for Disability in Media and Entertainment), participated in the official programme of the Social Forum 2016 at the UN in Geneva, speaking in the panel on the “Implementation of Agenda 2030 under the Convention on the Rights of Persons with Disabilities: The Future we want”, about the role of the media in relation to the realization of human rights for persons with disabilities.  She suggested that the media should be used as a tool to deconstruct stereotypes and ableist prevailing culture that considers persons with disabilities as having less value than non-disabled persons. Ms Almeida cited as positive examples of social marketing through media, soap operas that include characters with disabilities produced  under the advice  of organizations of persons with disabilities. She highlighted “Pages of Life” soap opera,  by Brazilian TV Globo, which assisted in a breakthrough in creating widespread support for the transition from special education system to inclusive education in Brazil and other 90 countries where it was shown. Ms Almeida concluded by saying that the media can speed up the process of cultural change that impacts on the realization of human rights for persons with disabilities.  In that sense, the implementation of Article 8 is relevant to the realization of every article of the Convention.

At the conclusion of the panel, Ms Almeida called civil society in different countries to ask their governments for concrete measures to implement Article 8. She said that the prevailing ableist culture generates discrimination and barriers that prevent other important articles of the Convention from being realized, and inclusive media has the power to accelerate the process of cultural change.

The third co-founder of GADIM is Professor Beth Haller, from the United States, who is an academic expert in Media and Disability.

GADIM has the support of the Special Rapporteur on the Rights of Persons with Disabilities, Ms Catalina Devandas, and the International Disability Alliance (IDA).