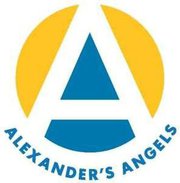 In conjunction with the session at the United Nations Headquarters organised by Down Syndrome International, please join us in New York City for a wide range of activities that highlight abilities and possibilities organised by Alexander’s Angels, Inc. . Activities include a 9-day DOWNrightART exhibition of the works of artists with Down syndrome, and a 3-day celebration that includes an opening reception; a film festival; a self advocate panel; a symposium on the rapid and dramatic progress in Down syndrome cognitive research and new research discoveries to clinical trials; and a full day dedicated to siblings including a sibling panel presentation. The 3-day celebration will conclude with a concert by Chris Burke and his band. Attached is a full detailed schedule.

Daniel – a recent university graduate with Down syndrome – falls in love on his first day at work in the Department of Social Services.

Laura is an outsider who spends her nights in the city’s crowded clubs and singles’ bars, escaping her problems in the arms of total

strangers. Yet despite their apparent incompatibility, the two strike up a moving, bittersweet friendship that touches them both and

eventually sets them on the road to happiness.

Opening Reception A Celebration of World Down Syndrome Day

10:00 to 11:20 p.m..– Films by Sprout – The Eighth Day (108 min.) — Abilities: Acting in Films Georges has Down syndrome, living at a mental-institution, Harry is a busy businessman, giving lectures for young aspiring salesmen. He is successful in his business life, but his social life is a disaster since his wife left him and took their two children with her. This weekend his children came by train to meet him, but Harry, working as always, forgot to pick them up. Neither his wife nor his children want to see him again and he is driving around on the country roads, anguished and angry. He almost runs over Georges, on the run from the institution since everybody else went home with their parents except him, whose mother is dead. Harry tries to get rid of Georges but he won’t leave his new friend. Eventually a special friendship forms between the two of them, a friendship which makes Harry a different person. Written by Mattias Thuresson

1. Song by rapper LAZ D — 3rd Son, Fourth Brother (2 1⁄2 min.) Cam Lasley, born in 1982, first became interested in music when he played drums in the Junior High School band in Lake Oswego, Oregon. Before long he began writing his own thought provoking lyrics, as rap became his music of choice. In High School, Lasley was dubbed “Laz D” by former classmate, and current Atlanta Hawk, Salim Stoudamire, and the name has stuck. In 2005 he began writing the 14 tracks that make up the debut record “The Man Himself”, which in 2006 produced and recorded with Jack Gibson at the D Compound. Despite having Down syndrome, LazD hasn’t let the disorder deter him from writing and performing music, sending words of encouragement to everyone.

2. Be Good to Eddie Lee (13 min.) A short film that follows the adventures of Eddie Lee, Christi and Jim as they learn the true meaning of friendship and the value that it’s really what’s inside that counts.

We are reminded of the emotional difficulties of adolescent love when a young boy with Down syndrome develops a crush on a beautiful violinist in his school. To win her affections, he draws her pictures and starts learning piano, dreaming of being her accompanist. Will she reciprocate?

6. Jack Blonde (12 min.) Jack Blonde is a regular guy with Down syndrome who idolizes James Bond. When a priceless diamond comes to town he gets the chance to prove he’s as good as his 007 hero.

1:00 a.m.to 2:50 p.m. Mr. Blue Sky (108 min) Abilities: Acting in Films An unconventional love triangle between three childhood buddies; two girls, one born with Down syndrome, and one boy, who all grow up fighting who they are inside, how they are perceived by society as a whole, and who they ultimately strive to become as individuals through the obstacles that are inherently present. Mr. Blue Sky is a ground-breaking film that explores the romantic relationship of a woman born with Down syndrome and a “normal” male, as perceived by today’s society. Mr. Blue Sky attempts to break down society’s barriers much like “Guess Who’s Coming To Dinner?” did in the 1960’s, as it aims to “change lives” through “changing minds.”

Attending this film presentation will be writer Tom Paddy Lee and actresses Ashley and Nancy Wolfe.

Possibilities: A day dedicated to Siblings 12 p.m. to 12:45 p.m. – Documentaries by Sprout Siblings

1. Distinctively (4 min.) Ella and Eavan, both age 6, are identical twins. They were born only three minutes apart, yet are separated by a large distinction: Ella has Down syndrome while Eavan does not. Their parents strive to maximize their children’s potential.

2. Emma’s Gifts (8 min.) Emma was born with Down syndrome which makes her different from her twin sister, Abigale. Our expectations are automatically lowered. Yet, in telling Emma’s story through the eyes of her parents, the film challenges our perception of difference.

3. Being A Special Needs Sibling (5 min.) A child whose sister or brother has a disability also has his or her own “special needs.” This five minute

piece captures the diverse and often unrecognized challenges of being a special needs sibling, during the weekly meeting of a sibling support group.

DOWNrightART Exhibition will continue until March 29, 2012

Día Mundial del Síndrome de Down en la ONU - 21/03...
Los participantes de todo el mundo son bienvenidos...
World Down Syndrome Day, 3/21 - Press Release
It is going to be the first one to be observed by ...