How to Engage Media to Promote Awareness 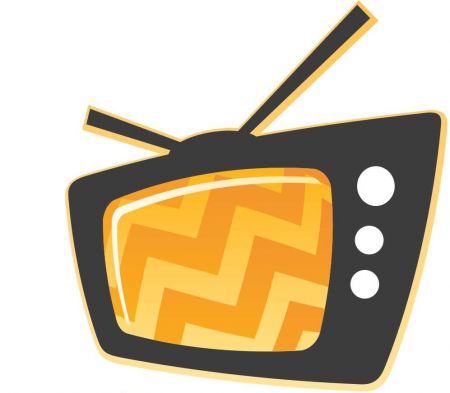 Patricia Almeida’s presentation at the UN – 4th Session Conference on the Rights of Persons with Disabilities at the United Nations in New York – Venue 4 – 6:15 – 7/sept/2011.

When my daughter, Amanda, was born 6 years ago with one chromosome too many in Brazil, I had great difficulty to find information about Down syndrome. After days of anxiety and uncertainty, I finally found a discussion group of parents on yahoogroups. It was a peer group, and I was saved by those other parents. Being a journalist, I had considered myself very well informed. Nevertheless I knew nothing about Down syndrome or or any disabilities, so from that day on I made a pact with myself that I would share with others every piece of useful information I found.

As a civil servant, and because I started becoming more involved as an activist, I decided to try to work with disabilities issues within the federal government. When I arrived at CORDE, the Brazilian disability agency, I found out there was a lot of information, including laws and services, that I had never heard of. After some time there I got sick, and during my sick leave I decided to create Inclusive, a news agency specialized on disabilities.  The name was chosen because it meant the same in English, Spanish and Portuguese, and one of my goals at the time was to translate everything into these three languages, so that more people would have access to it.

At first, it was sort of a clipping of articles that I found on news sites and posted in a blog.  Then the Convention was signed at the UN and we needed to ratify it. It was a very slow year in our Congress and the congressmen were not voting anything at all, let alone some piece of international legislation on people with disabilities. A group of activists from different regions of Brazil then made a Skype meeting and we decided to start a more consistent campaign – Ratify Now! Of course we didn’t have any money. Our strategy consisted on sending emails and contacting congressmen by phone, making a petition to get the Convention approved and putting pressure to accelerate the process. I wrote a news story every time I saw at the UN Enable website a new country had ratified the Convention, saying – “Such country already ratified. When will be Brazil’s turn?”and sent it to newsrooms. We designed posters to be printed by each one at home and put it in our cars, etc, we organized signature collection in parks, at the beach, at conferences, and so on. Still, the big press wouldn’t write a word about it. Nevertheless, we finally managed to get the first vote scheduled and I went to the Brazilian Congress to lobby and report on each of the 4 votes, together with the activists we managed to gather. The fact is that this strategy ended up working. In 4 months we managed to vote the Convention with constitutional status – the first international treaty in Brazil to be so.

After that I came to New York and invited another father I met at the Down syndrome list that thought very similarly to me, Lucio Carvalho, to help me keep Inclusive. He brought a new fresh air to the website. It was then that we decided to include people from other vulnerable groups that were not getting press attention to their important matters. Anyone who didn’t have a voice, we would give one. So we started publishing LGBT, indigenous, women, HIV, etc related news. Inclusive – Inclusion and Citizenship – a digital magazine, has a new edition every Thursday with around 20 articles. We also post exceptionally whenever there is something important that needs immediate coverage. Recently we brought on board a teacher, Anastazia Ladeira, who has an older brother with Down syndrome and writes about inclusive education. She finds resources that interest teachers. Since day one my wish was that Inclusive would help to give answers to that old teacher’s statement – I haven’t been prepared to teach students with disabilities…

In 2010 Inclusive got 2 prizes – Education on Human Rights and Autistic Pride. I was also invited to do a presentation on Media and Disabilities and the Convention, at the Brazilian Senate last year, and Lucio talked about Inclusive in other foruns. Inclusive is now on Facebook and Twitter.

Apart from Inclusive, I also collaborate with MetaSocial Institute, that has been working for 18 years on promoting persons with disabilities, especialy Down syndrome in the media in an inclusive fashion. We have achieved important goals like including a girl with Down syndrome, the first main character with a disability in a soap opera – Brazilians love soap operas. “Paginas da Vida” – “Pages of Life” – was a big hit in Brazil and was shown in other 10 countries. The outcome was amazing. Inclusive education received a big push after this soap opera because the girl went to a regular school.

In MetaSocial we have an institutional campaign called “It’s Normal to be Different”, that has been really successful and earned advertising prizes. It has been recently featured at a UNICEF book on good practice. The last spot, “ Drummer”, with music by the Jones Brothers, was translated by UNICEF Montenegro and is part of their campaign “It’s about ability”.

Both initiatives – MetaSocial and Inclusive – have had a very positive impact on how people with disabilities are seen by the population, and as a tool for them to know their human rights and demand them.

The work of MetaSocial is also done by volunteers and we do not get any governmental grants.

So, how to Engage Media to Promote Awareness
GET ORGANIZED

– start a discussion group (yahoogroups is the best one), invite everyone interested in the subject you know and ask them to invite others.
– start a blog (blogger, wordpress)
– establish contact with other disabilities groups
– recruit collaborators – they can send you stories of their interest area or make their own, describing an event or telling about a school that refused a student, for example
– contact other excluded groups activists and join forces with them
– make a newsletter – start monthly or weekly – with news on disability issues
– listen to your readers – answer their questions, refer them to services, take their opinion on preferred subjects

REACHING OUT TO THE PRESS – Inducing disability
– make alliances with the press – start by getting their emails and send them press releases, newsletters and stories suggestions according to the vehicles profile.

– celebrate special days, like International Day of Disability (Dec 3), Autism Awareness Day (April 2), World Down Syndrome Day (March 21)… – they love it. It gives them a motive, an excuse to speak about a subject.

– don’t forget to encourage and praise – when they do a story on disability, always write to thank them for raising the issue, even if it was tackled in an unappropriated way. Always praise first, and then, with diplomacy, suggest what they could make different next time
– visit newsrooms, journalism schools. Educate about the newest terminology (people’s first language) and ways to tackle stories (avoiding pity, super hero, charity, etc).
– write a simple guide on how to talk about disabilities for journalists. Send them to newsrooms and hand it out to reporters every time you see one. Coach them on how to interview a person with intellectual disability, for example (giving more time, simple questions, etc)

EDUCATING THE MEDIA – Including disability

– suggest that reporters talk and ask questions directly to the persons with disabilities, not their parents, companions or specialists
– tell them when doing a story on education, for example, include a student with disability without mentioning anything about special education, in a matter of fact way
– suggest a list of persons with disabilities that specialize in other subjects to be interviewed on different topics for stories, debates, talk shows
– find people who can introduce you to people on tv channels and lobby for films, soaps and documentaries

– talk about inclusive publicity. Tell them other countries are already doing it (Brazil) http://www.inclusive.org.br/?p=16131 (Oi)

– give example of other countries (like Brazil) that are very successfully using soap operas and docu-dramas to raise social related issues – disability, accessibility, inclusive education

– offer to brief authors and producers, and to do consulting for them free of charge for the length of the show.

– brief actors that are going to play the role of character with disability on the importance of CRPD, avoid guilty, pity and heroism stories. Convince them of the importance of them as social agents for change.

– Pick your battles. You won’t win all of them, but don’t cut the connection. Although we wish we could, we can’t go from 1 to 100 at the first try. Every step forward is important and counts, however small.

–        Talk to kids shows producers. Ask them to have kids with disabilities included with non-disabled peers on stage programs (Sesame Street), as characters in cartoons (Little Bill), etc.